On the direct road, the passenger car overtakes the slower bus by starting to overtake 20 meters from the bus and after passing it ahead of it again 20 meters away. The car overtakes at a steady speed of 72 km/h, the bus goes at a steady speed of 54 km/h. Vehicle lengths are 5 m and 15 m. How long does the overtaking take and how many meters does a passenger car need? 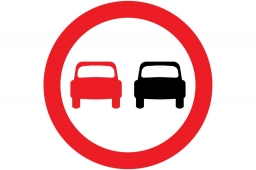