Calculate the opposite direction of the runway 13.

A runway can normally be used in both directions and is named for each direction separately. 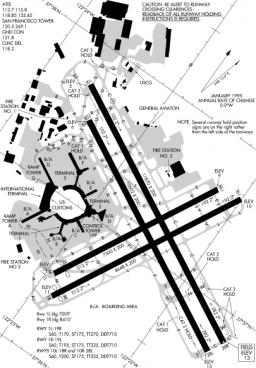