Calculate the distance the plane flew between the two measurements. 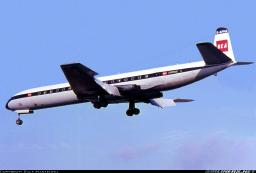