How many passengers were originally at the bus? 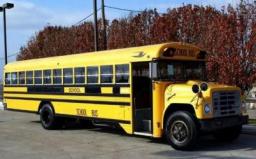