What is the ratio of all black to all white balls? 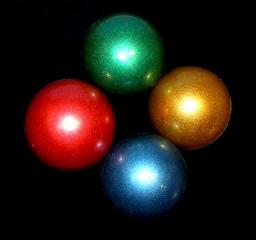