Cone and the ratio 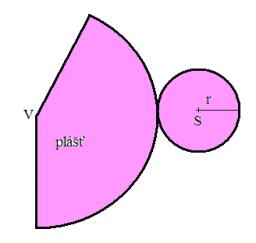