The table contains tennis training schedule for Saturday's younger students during the winter indoor season. Before the start of the summer season is preparing a new training schedule. Tomas Kucera will be able to practice only in the morning, sisters Kovacova will have to train in any order only one after one. Other students meet all times.

How many different schedules tennis training under these conditions can be created for these eight students? 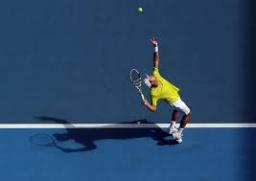