Calculate a chord length which the distance from the center of the circle (S, 6 cm) equals 3 cm. 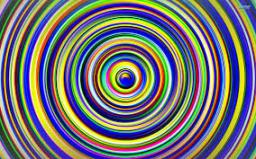