An example is playfully for grade 6 from Math and I don't know how to explain it to my daughter when I don't want to use the calculator to calculate the cube root. Thus:

A cuboid was made from a block of 16x18x48 mm of modeline. What will be the edge of the cube? If I calculate the cuboid volume, would I have to cube root or not? Thank you for your answer. 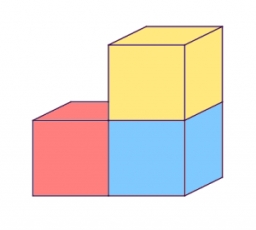