On the large rosary was a third white, half red, yellow quarter and six pink. How many roses was in the rosary? 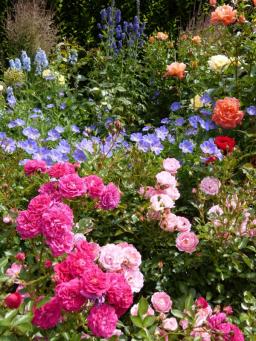