Aunt Rose went to the flower shop to buy a bouquet with three roses. The flower shop had white, yellow and red roses. How many different flowers bouquet can a flower make for Aunt Rose create? Write all the bouquet options. 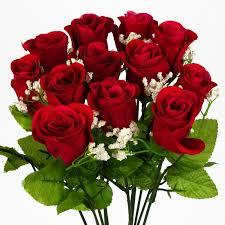