Three buses follow the same circular route. The first driver is the slowest because he has many stops, and it takes him 90 minutes to cross the route. The second driver will pass the circuit in 1 hour. The third driver has the fewest stops, and the circuit passes in 45 minutes. When will everyone meet when they leave at the same time in the morning? 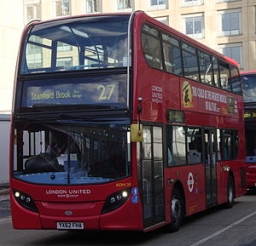