Gretel deploys to the vertex of a regular octagon different numbers from one to eight candy. Peter can then choose which three piles of candy give Gretel others retain. The only requirement is that the three piles lie at the vertices of an isosceles triangle. Gretel wants to distribute sweets so that they get as much as possible, whether Peter trio vertices chosen anyhow. How many such Gretel guaranteed profits?

b) Do the same task even for regular 9-gon to deploy culminating Gretel 1-9 sweets. (equilateral triangles is also isosceles triangles well.) 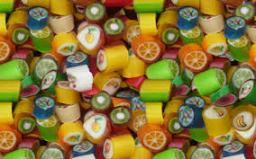