Tyreek, Antuan and Alex are given a total of $3500 to be shared among themselves in the ratio 3:5:12. How much each get money? 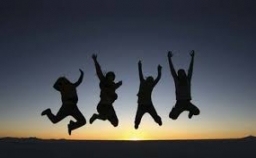