Calculate the largest angle of the triangle whose side are 5.2cm, 3.6cm, and 2.1cm 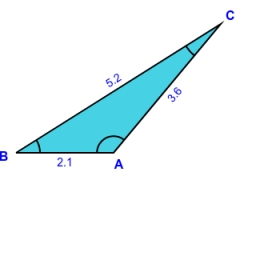