Calculate the largest angle of the triangle whose sides have the sizes:
2a, 3/2a, 3a 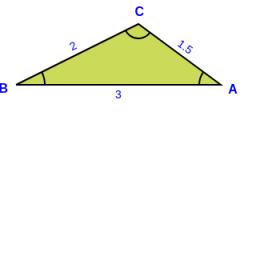