A cyclist is moving at 35 km/h and follows a pedestrian who is walking at speed 4 km/h. Walker has an advantage 19 km. How long take a cyclist to catch up with him? 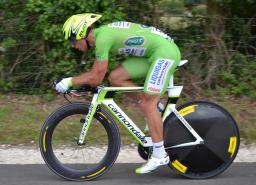