We have three different non-zero digits. We will create all 3 digits numbers from them to use all 3 figures in each number. We add all the created numbers, and we get the sum of 1554. What were the numbers? 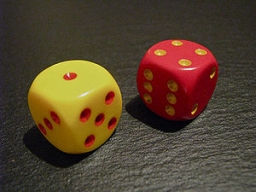 Tips to related online calculators
Would you like to compute count of combinations?
See also our permutations calculator.
Do you want to perform natural numbers division - find the quotient and remainder?