Each letter in STRESSED is printed on identical cards, one letter per card, and assembled in random order. Calculate the probability that the cards spell DESSERTS when assembled. 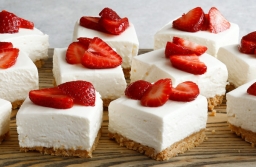 Dr Math
some characters are repeated: 3xS + 2xE; so there is no difference between first second and third S or 1st or 2nd E char.
2 years ago  Like

Matematik
n1 is the count of positive card (word DESSERTS) -> only one. n2 are the count of all combinations
1 year ago  Like