During the spring cleaning ladies going to wash windows. Mother takes wash all the windows 5 hours, the grandmother 3 times longer and Paula wash all windows in 2 hours. How many hours will spend washing the windows this "women's team" if working together? 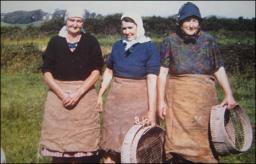