What are the angles of an isosceles triangle ABC if its base is long a=5 m and has an arm b=4 m. 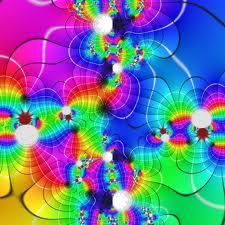