If the sum of four consective terms of geometric progression is 80 and arithmetic mean of second and fourth term is 30 then find terms? 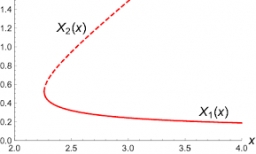