The length of the bases trapezium are in ratio 4:5. Length of midline is 15. How long are the bases of a trapezoid? 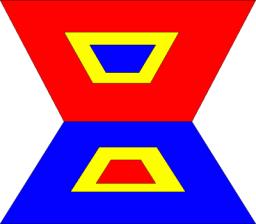 Tips to related online calculators
Looking for help with calculating arithmetic mean?
Looking for a statistical calculator?
Do you have a linear equation or system of equations and looking for its solution? Or do you have quadratic equation?
Do you want to convert length units?