The sum of two numbers is 32, the sum of their logarithms (base 10) is 2.2. Determine these numbers. 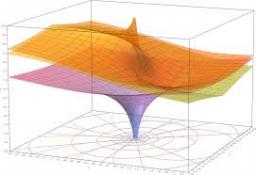