Calculate such a relative speed of the ambulance move to the car. 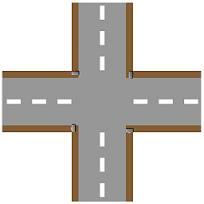