Honza went to chat on a bike without a break 4.0 hours. Paul the same way without breaks 50 minutes longer. The difference between the speeds of the two boys was the one kilometer per hour. How fast was Paul, if you know that the speed of the boys did not change during the journey? 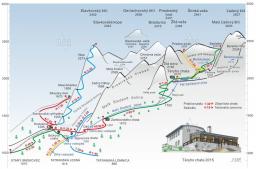