In the rhombus is given a = 160 cm, alpha = 60 degrees. Calculate the length of the diagonals. 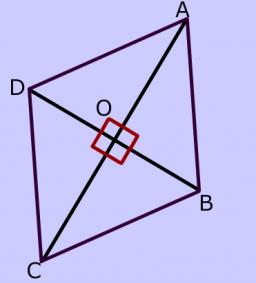