Two cyclists are at 20 km apart on a same line. They start at same time towards each other at a speed of 10 km/hr. A fly sitting on one of the cyclists handle start flying towards the other cyclists at a speed of 20 km/hr. It touches the handle and move back to first one. Likewise it goes on till the two cyclists meet each other. What is the distance the fly travelled, and how many times it moved to and fro? 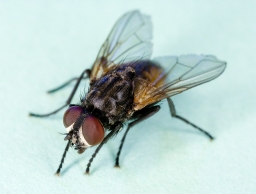 Showing 1 comment:
M25buttner
There is a much simpler way to find the distance that the fly travels: The two cyclists are 20 km apart, and are traveling at 10 km/hr. So they will meet in the middle after 1 hour. The fly is traveling at 20 km/hr, and does so for 1 hour before the cyclists meet. So the fly travels 20 km.
1 year ago  Like