Find a positive number that the sum of the number and its inverted value was minimal. 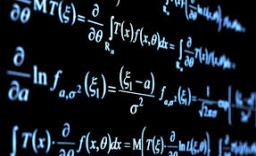