Solve the following equation with variations, combinations and permutations: 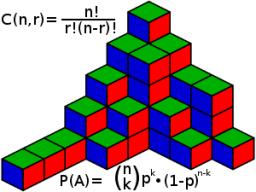