What was the initial temperature of the hot water? 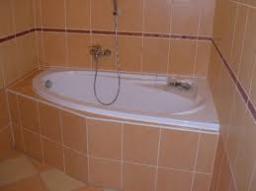