The car driver is in town A and is scheduled to be in town B at a specified hour. If it travels at an average speed of 50km/h, it will arrive in city B 30 minutes later. But if he travels at an average speed of 70km/h, he would arrive half an hour earlier. Find the distance between cities A and B and the speed at which a driver would have to go to arrive at the specified hour. 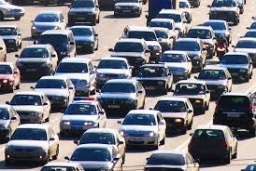