The ladder has a length of 3 m and is leaning against the wall, and its inclination to the wall is 45°. How high does it reach? 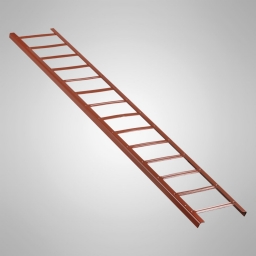