Cylinder and its circumference 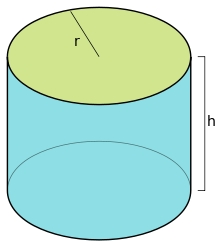