Which polygon has 42 more diagonals than sides? 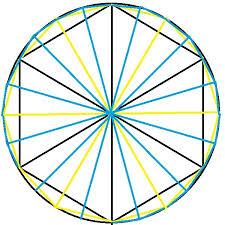