The three boys moved from start to finish on three different routes A, B, C, always at the same time. Adam drove road A 1500 m long on a scooter. Blake walked route B 600 m long on foot. Cyril got on a scooter on route C after a 90 m walk, then he left the scooter 60 m before the finish line and reached the finish line on foot. Adam rides a scooter as fast as Cyril. Cyril walks as quickly as Blake. We neglect time losses when getting on a scooter and putting the scooter away. Calculate how many times a scooter ride is faster than a walk. Adam and Cyril started at the same time. Express a fraction of the part of the route that Adam had followed when Cyril mounted the scooter. Calculate how many meters Cyril traveled on a scooter. 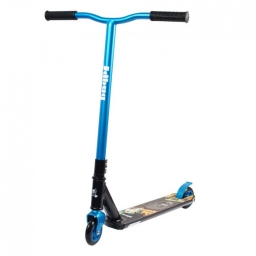