The sum of four consecutive odd numbers is 1048. Find those numbers ... 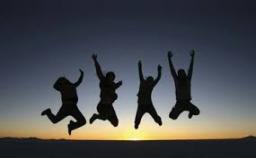