Calculate area of the regular pentagon with side 7 cm. 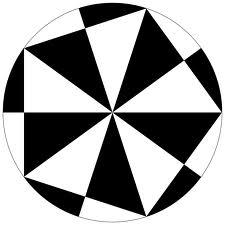