The self-counting machine works exactly like a calculator. The innkeeper wanted to add several three-digit natural numbers on his own. On the first attempt, he got the result in 2224. To check, he added these numbers again and he got 2198. Therefore, he added these numbers again and now he got the sum of 2204. He always entered the fifth added number incorrectly, because he did not press any of its digits hard enough in each attempt, and in the self-calculation, he always entered a two-digit number instead of a three-digit number. He did not make any other errors in the census, and this time the self-count also worked flawlessly. What is the correct sum of inn numbers? 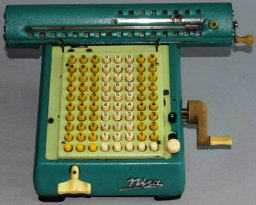