If the rate of the sides an isosceles triangle is 7:6:7, find the base angle correct to the nearest degree. 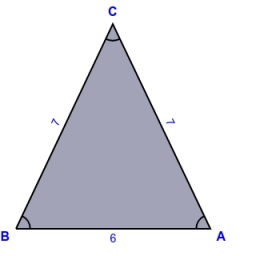