When Eva buys 8 packages of cookies 4 CZK left her. If she wanted to buy 10 packages, she would have to borrow 20 CZK. How much money has Eva in her wallet? 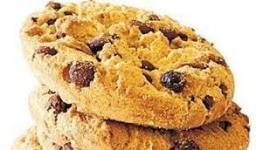