John had the ball that rolled into the pool and it swam in the water. Its highest point was 2 cm above the surface. Diameter of circle that marked the water level on the surface of the ball was 8 cm. Determine the diameter of John ball. 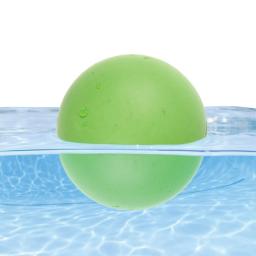 Math student
I need more explanation as to where these equations are coming from.
2 years ago  Like