3 children pulled 12 different toys from a box. Many ways can be divided toys so that each child had at least one toy? 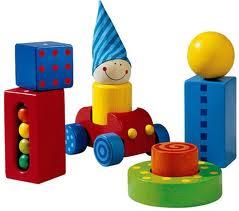