Sea on the Moon

Assume that the Moon has sea, the same composition as on the Earth (has same density of salt water). Calculate dive of boat floating in the sea on the Moon, when on Earth has dive 3.6 m. Consider that the Moon has 6.5-times smaller gravitational acceleration. 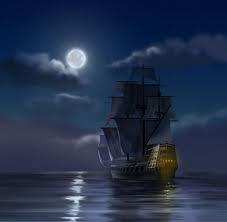 Tips to related online calculators
Tip: Our Density units converter will help you with the conversion of density units.