Diagonals of the rhombus 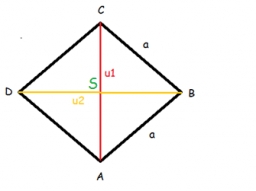